ABSTRACT Brazil’s Democratic Constitution of 1988 instituted six modes of participation in political life: direct suffrage, referendum, plebiscite, popular prosecution, policy councils and citizens’ initiative draft bills. The latter mode allows the proposition of draft bills in the national, state or municipal legislative houses by civil society. Such a mechanism is important for increasing confidence and legitimacy in the political system, which in turn strengthens the principles of open government.Since the adoption of the citizens’ initiative draft bills, no bill has been presented to the National Congress using this mechanism. We argue that this phenomena happens due to the high costs of this process, both in terms of financial resources and in time of mobilization. In that sense, the paper outlines an overview of citizens’ initiative draft bills in Brazil, highlighting possible challenges for the concretization of this right. Next,it presents a possible solution to reduce these costs with the application ‘Mudamos’, that collects electronic signatures for these bills. Finally, it analyzes the preliminary use of this proposal and new possibilities for the realization of this constitutional right with the use of information and communication technologies (ICTs).Based on this analysis, we intend to construct brief comparisons between the opportunity to adopt electronic signatures for citizens’ initiative draft bills in Brazil and the effective adoption of this signature modality by Spain, which approved a law allowing the procedure in 2006. Our preliminary analysis indicates that there was an increase in “Iniciativas Legislativas Populares” (ILP -citizens’ initiative bills), only in 2011, when there were 13 new proposals presented to the Parliament. However, they were not sanctioned until 2012, when only one law proposed by citizens’ initiative was approved. Hence, the questions that guide our comparison are: how does it impact population’s trust in this participatory mechanism? Is there a problem of legitimacy in the mobilization process for an ILP?The main objective of this article is to understand the adoption of electronic signatures using Mudamos application and what the differences and similarities with the Spanish case are, focusing on possible lessons that Brazil could learn from that experience and contribute to the full enjoyment of this civil right.Finally, this comparison could also function as a reference to new studiesin Latin America on the adoption of electronic signatures in participatory processes, strengthening the principles of open government in the continent. 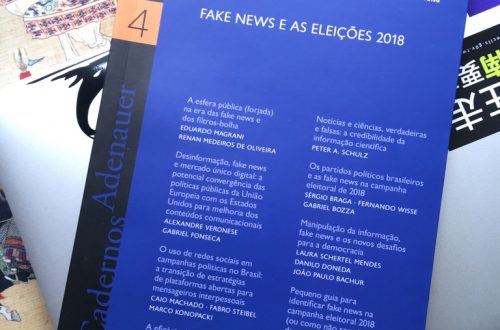