If the intensive use of the information and communication technologies does not go hand in hand with sovereignty over the data we produce, the social and political consequences can be dire. Español Português

Democracy is in danger. Although we are witnessing the spread of new forms of expression and interpersonal exchange, if this does not go hand in hand with sovereignty over the data we produce, then the intensive use of information and communication technologies can have social and political consequences that can rock any democratic system.

Communication platforms and social media accumulate a huge amount of data about their users. The excuse for these platforms and networks to keep our data is that they are used to offer us a better experience while using these platforms through the application of artificial intelligence techniques. Facebook, for example, learns from the experiences of its users and offers content to each one according to his or her interests. So, if someone enjoys watching images of kittens on the internet, Facebook will prioritize offering kittens to this particular user and will also offer him or her, by the way, all the advertising associated with cats.

Similarly, Google learns from the searches its users make. It saves all their search history, and when they do a new search, Google tries to infer what they are looking for. The results of this inference prioritize contents which have a greater probability of affinity with the preferences of each user. If we try to find content as we normally do, and then we do the same anonymously, we will see that the results of our search are quite different from one another.

Nearly all the internet services seek to take advantage of the information produced by their users through their tools to establish automatic learning routines. This means that the more you use Facebook or Google, the more they both learn from you and the more likely they are to be offering you the right content at the right time. All this, of course, is nothing new: groups and activists who defend internet rights have been warning for a long time about this. But even as they draw attention to the increase and concentration of power in the hands of the large content corporations, the consequences derived from the concentration and direction of content are happening at the same time as this phenomenon is transforming social and political relations.

When what people see and interact with is only what is close to them, they tend to isolate themselves: their information footprint is limited to the subjects that person accesses. The tendency is that content bubbles grow and interaction circles are limited to each one’s preferences. This implies the creation of a thematic monoculture, which strengthens intolerance and increases the difficulty to observe issues from different perspectives. Democracies, particularly political institutions, have not yet adapted to this new technological and social reality. They are still apparently resisting, refusing to abandon their old ways grounded in the power of elected representatives, with little or no openness to citizen participation. The few initiatives in this regard are public consultations, but they do not exploit adequately the potential of the information and communication technologies.

By not adapting to this new reality, institutions are leaving a political vacuum that is being filled by the large content corporations. And these companies, by influencing users in building their preferences, end up actually exercising significant political power – which, it could be argued, is in fact their main objective. Their business is to process information and what distinguishes them is the use of artificial intelligence to make their content attractive. The problem is that these corporations respond to private interests, they are barely accountable, and that their activity is based on algorithms which are hardly auditable.

The recent debate on fake news and the influence that social media have on elections is the most striking symptom of the power of influence that some platforms enjoy. The high concentration of this power in the hands of a few corporations could entail, in the not too distant future, the kidnapping of politics and the privatization of the vision of the common good. It is urgent, therefore, to think about how this power can be de-concentrated, restoring the public character that politics should never lose.

Contemporary political thought should include in its debates the ways in which technology must be introduced and, in doing so, it should take into account the following principles:

The application of these principles and guidelines can transform the exercise of traditional politics and the way in which citizens participate in it. Information and communication technologies have lowered the costs of political participation: online public consultations have enabled thousands of people to intervene through institutional channels, and have forced institutions to pay attention to citizens’ preferences in public interest matters. However, this model is already reaching its saturation point, exposing the limitations of a political model that has not yet been transformed and has not yet adapted to the new opportunities which technology offers.

The turning point in the use of technology applied to politics is precisely this: how to let citizens make it more inclusive and deliberative. Public consultations, including those that allow dialogue among its participants, still have an opinion gathering character and do not encourage users to carry out complex deliberations and reach consensus based on the presentation and discussion of different viewpoints. Artificial intelligence applied to this type of process can generate more reciprocity between the arguments that are being presented and connect different points of view that would otherwise be lost in the huge amount of information that is being generated. On the other hand, technology can favour participatory equity between heterogeneous groups, and give historically excluded groups the opportunity to assert their voice.

On the other hand, some democratic innovations in the digital field can help build more transparent and auditable systems. Blockchain is the main tool for this. It is basically a data distribution network, based on trust among peers who establish their authenticity through shared cryptography passwords. Public authorities can use these networks to publish government actions which can be audited by any citizen. Government accounts could thus be published and, once up on the web, any attempt to manipulate these data would be blocked. Citizens, for their part, could share data related to, for example, urban mobility, or public spaces such as squares or schools, and these data would then be distributed in a decentralized way – that is, not dependant on centralized platforms. The end result would be, on the one hand, that citizens would have more sovereignty over the management of these data and, on the other hand, that public authorities could use them to validate and guide their policies.

Finally, digital democratic innovations have the capacity to turn the State into a more sensitive and responsive entity through the commitment by citizens to the process of formulation, elaboration and enforcement of laws. In order to ensure the democratic health of our societies, we need citizens to regain control of the public agenda, which is driven today by the mainstream media and by traditional politicians who all too often act according to private rather than to public interest. Brazil, for instance, has had laws of popular initiative since the 1988 Constitution but, since then, only four popular initiative bills have been passed by the National Congress. The main barrier limiting the exercise of this right is the need to collect – on paper – the number of signatures necessary to present a draft law. Digital technologies can help in this and also to give greater security and confidence in processes such as these.

In short, the immanent contradictions of the ongoing social and political transformations could point towards a threatening, authoritarian future, the end of democracy, and the advent of a dictatorship of robots promoting intolerance, controlled by a small economic elite. But every contradiction, by the mere fact of its being, contains within itself the emancipation element: this process can also create a society much better than the one we have today, where technology contributes to our own understanding as a society. Only by critically appropriating the information and communication technologies can we think of applications which can promote the emancipation of human beings instead of their isolation and domination.

This article is published in association with the Westminster Foundation for Democracy, which is seeking to contribute to public knowledge about effective democracy-strengthening by leading a discussion on openDemocracy about what approaches work best. Views expressed herein do not necessarily reflect those of WFD. WFD’s programmes bring together parliamentary and political party expertise to help developing countries and countries transitioning to democracy. 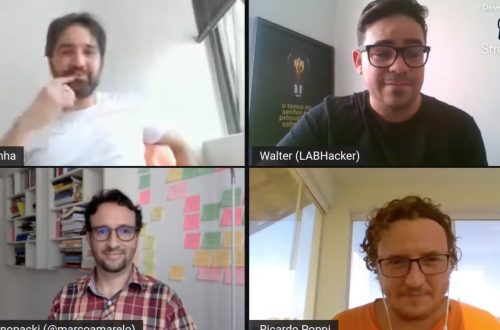